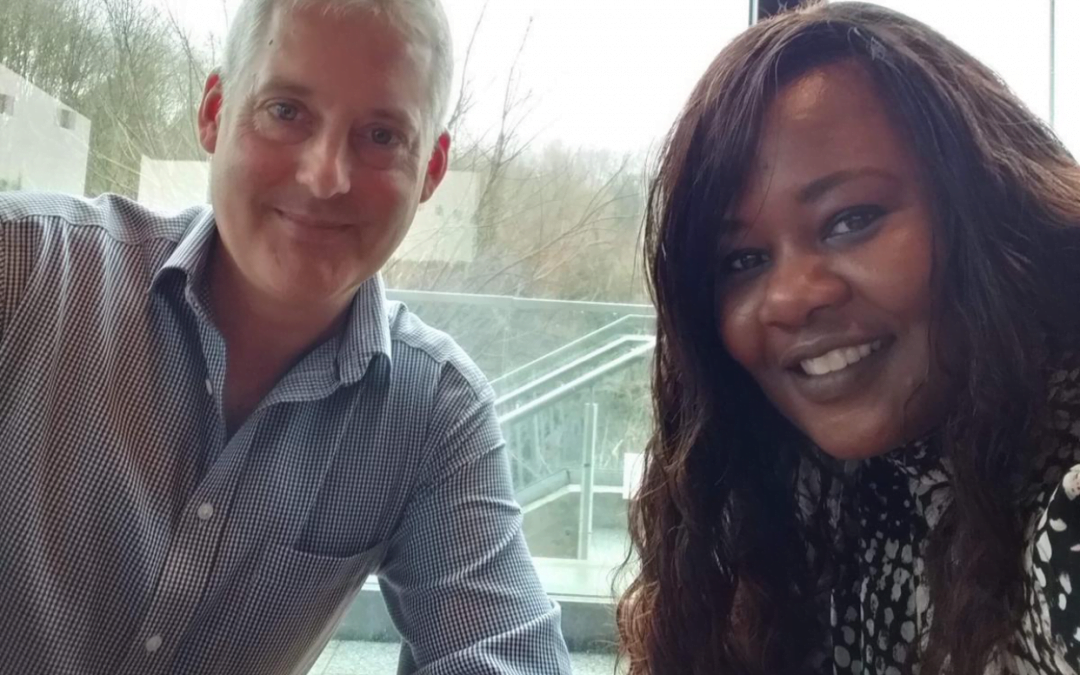 A Tale of Success Against All Odds

Codilia Gapare, inspirational business woman and cancer survivor, has launched her own bespoke range of false eyelashes uniquely designed for cancer victims and is revolutionising the way for chemotherapy patients around the world!

We interviewed Cody as a case study in our first book the RockStar Retirement Progamme back in 2017 and have been following her progress ever since. Her story about how she battled adversity and some of life’s toughest lessons to transform her life and that of her family is simply inspirational. 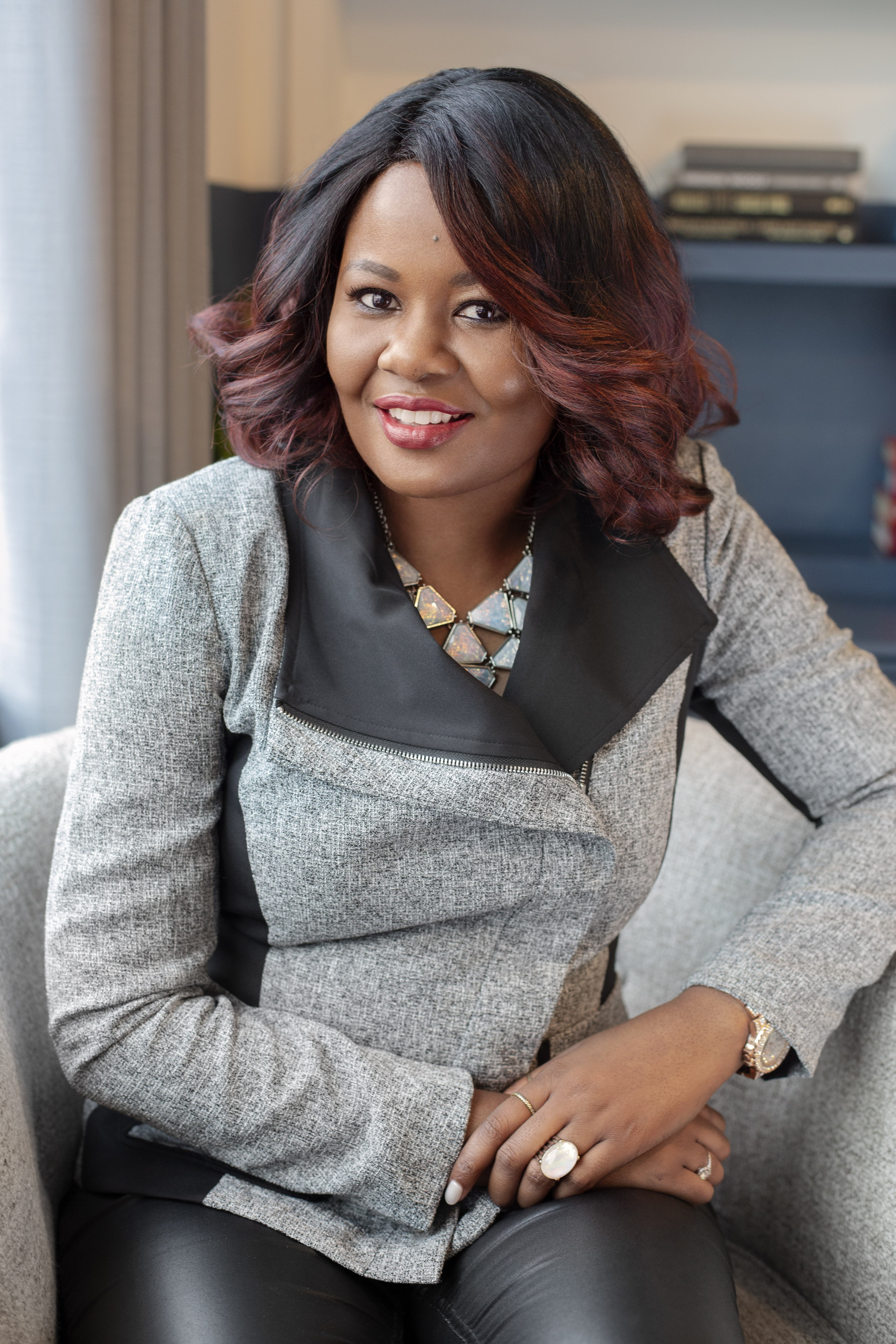 Aged 10 and living in Zimbabwe, Africa in 1987 Cody loved the TV programme Carson’s Law and was fascinated by the concept that you ‘don’t need a gun to make people listen. The power of the mind alone can make the world right.’ Cody decided that when she grew up, she wanted to be a lawyer, even though the chances of this ever becoming a reality were slim. 27 years later as she was finally offered her dream place to study law at Manchester Metropolitan University,  she was diagnosed with breast cancer and had to drop out to focus on getting herself well. It was during this time that she discovered there were no fake eyelash options for cancer victims and became determined to do something about it.

You can read all of Cody’s story below or here from Cody herself on this BBC video.

In 1987 at the age of 10 whilst living in her birthplace of Zimbabwe, Cody stood apart from other local children due to her love of the television programme ‘Carson’s Law.’  Fascinated by the concept that “you don’t need a gun to make people listen, but the power of the mind alone can make the world right.” Cody felt a burning passion to become a lawyer when she grew up. Yet the chances of this ever becoming a reality were slim. Firstly, Cody was not an academic child, coming 33rd out of 35 pupils in her class. Secondly she was from a big family, so the odds of her parents being able to support her financially through law school was negligible but even more problematic was the fact, Cody was a girl. In 1980’s Africa, female children were very much second-class citizens, deferring in almost every way to their male siblings.

Whilst academia wasn’t always her strong suit, Cody knuckled down in her early teens and astonished herself by achieving 7 GCSE qualifications. However, times were hard under the Mugabe regime and putting food on the table was getting more and more difficult for her parents, so rather than persuade them to let her study for A-levels, something Cody felt would be an unreasonable and indulgent financial burden for her family, she got a job prior to her 16th birthday in a departmental store. For the first time, Cody had her own money and was able to contribute to looking after her brothers and sisters but as the years went by, her childhood dream of being a lawyer began to fade further away.

In 2000, Cody’s life became tougher as she gave birth to a healthy baby boy whilst simultaneously going through a breakdown of her volatile and rocky relationship with her partner. The pressure of being a new mum and simply putting food on the table was even more difficult under the growing economic situation in Zimbabwe. Mugabe’s increasingly radical policies and brutal land grabs during this era resulted in instability and economic crisis across the country. As hyperinflation set in, the value of any money Cody did manage to earn was swiftly eroded, sometimes becoming virtually worthless before she could spend it. The currency quickly began to implode, as people began to refuse to exchange goods for Zimbabwean dollars at all but rather the black market, bartering and the use of foreign currency soon became the only ways to transact. The problem for Cody and her family was that they had little to exchange or barter with, and no access to US dollars.

Extreme times called for extreme measures and in 2004, Cody made the most difficult decision of her life. In desperation, she liquidated every possible resource she had access to, and bought a single airline ticket for herself to the UK. Whilst it broke her heart to leave her 4-year-old son in Zimbabwe with his paternal grandmother, a move to the UK would desperately help her raise needed foreign currency for her family. Though her English was poor which severely limited her initial job opportunities, Cody’s hunger and the thought of her family’s plight back home gave her the drive and work ethic that astonished her employers and colleagues.

Slowly but surely, Cody worked her way up from the bottom rung of the career ladder. From cleaning toilets, she moved to picking and packing in a warehouse before graduating to cloakroom duties in a nightclub. As her English and experience improved, so did her job prospects and earning power. In 2006, whilst working as a croupier in Manchester she met and married an Englishman. Sadly however this relationship proved to be a relatively rocky and short one although a second healthy baby boy was born. The breakdown of her marriage and a toddler in tow did not stop Cody’s relentless determination to carve out a better life for herself and her burning desire to unite her 2 sons. Instead her career continued on an upwards trajectory, as she fulfilled increasingly technical roles from working as a service adviser in the insurance industry to becoming a data analyst.

As her earning power grew, Cody was able to send more money back to Africa and afford better accommodation in the UK to ensure that the quality of life for both of her sons improved. In 2011 things really began to come together, she met Mike (now her husband) and the following year, Panashe her eldest son, was finally able to join her new family in England. Eight years after leaving Zimbabwe, she had successfully created the better life she had promised him. With a new-found confidence in herself, enjoying the stability of a happy marriage and with her boys settled at school, Cody was able to take stock and think about a more structured approach to planning her life from here on in. After remaining dormant for over 20 years, her original dream of becoming a Lawyer began to come a reality in 2014 as she was scheduled to have her third and final interview at Manchester Metropolitan University to attend a Law Course. Unfortunately just a few hours prior to this interview, Cody was given the shattering news that she had Breast Cancer.

Just 3 hours after her diagnosis, a numb Cody concluded her final interview. Somehow, she had managed to compartmentalise herself and hold it together. Wrapping things up, the professor just had one final question. “If we offer you a place to start in September, is there anything that might interfere with your studies at the university?” Cody revealed her diagnosis and explained how Cancer was simply going to be a chapter in her book, it was never going to define her but what she was doing today, would. Three days later a formal offer of a place arrived through Cody’s letterbox.

Having overcome the initial shock of her diagnosis and educated herself on the treatment ahead, Cody took the difficult, but only realistic option for her at that point. She deferred starting the course for 12 months to allow her to focus on getting better.

Where is Cody today?

In October 2014, with her Chemotherapy well underway, the inevitable side effect of hair loss began. During this time Cody released there was an expansive range of wigs out there for women to buy when going through this but when her eyelashes began to fall out, she found the available products much more limited. There was nothing on the market that was both comfortable and natural looking and she was determined to get her normal face back. If a product did not exist, then she decided she would create one herself despite having no experience of product creation. Cody began to educate herself step by step and met with a variety of companies who could create a prototype. After investing a high a percentage of her own modest savings in turning the concept into reality, she finally received the prototype samples of false eyelashes she wanted. They looked great, they were comfortable and unlike all the other products designed for the mainstream market they did not need to be fixed onto existing eyelashes. Her product was becoming a reality under the name ‘C-lash’, but the even greater news came on 9th April 2015, as she received the news she had beat her cancer.

Although having come a long way, the mission was still far from complete. Having and developing a new idea or product is only half the battle but taking a prototype to market and mass producing it in a way that makes money, is truly the hard part. Having explored numerous avenues without success, the initial breakthrough came via a local business competition where Cody pitched her idea and won. 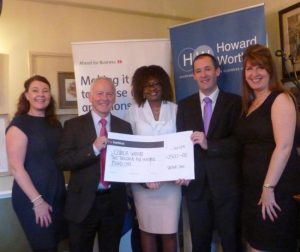 Cody then took things to the next level by pitching at a national competition at the Business Show in London, where astonishingly she won again. As well as some fantastic local and national exposure, the prize for both competitions was business mentoring services. Very quickly, Cody had well-connected business consultants giving her advice and opening the right doors to ensure that her powerful and inspiring story of triumph in the face of adversity was told whilst getting her brilliant prototype C-lashes in front of the right people. By spring 2016, she had secured firm interest from the UK’s leading pharmacy chain to stock the product that in turn put her in touch with a partner company to help her mass produce and brand the product.

This year in 2019, Cody’s latest advertisement with popular brand Eylure, has recently launched sending her on an even greater journey with more exposure for C-lashes. To watch Cody’s C Lash story with Eylure, watch the following video below. 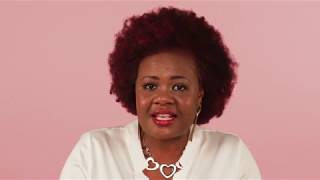 Whilst Cody’s dream of becoming a lawyer is put on hold for a little while longer, her story is truly an inspirational tale of success in the face of adversity.  Written by Dominic Watson, taken from his book “How To Retire Like a Rockstar”