An adventure in the ‘Julie Does …’ series. By Julie Sanderson

“Give Beer Yoga A Go” My Boss Said. Then THIS Happened! 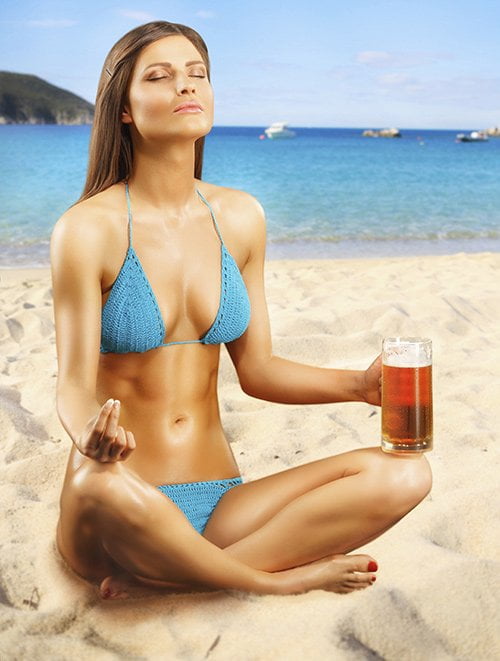 On the rare days when I am not at work and the sun is out, I will on occasion be tempted to have half a lager and a packet of pork scratchings in the beer garden of my local pub.  However on all but the hottest of days, I generally prefer a glass of red wine in front of television at home with my flat mate.

I have never really been a beer kind of person.

If I am being completely honest, I am not a yoga kind of person either.  I like the idea of getting all transcendental and into mystical eastern poses on some beautiful isolated mountaintop as the sun rises.  However, on a trip to Nepal a few years ago, when this meant getting up at 5am, both the mind and body proved weak, so this has firmly remained an image in my mind and not a reality.

Apparently yoga with beer is a thing and my boss with his endless zeal for encouraging people to undertake voyages of self-discovery and personal betterment has assigned this piece of research to me!  I console myself with the fact that the alcohol involved will dull the pain of both the physical exertion and my embarrassment at not managing to be anywhere near coordinated or bendy enough.  Emboldened by this theory and not wanting to disappoint, I signed up for a taster session.

A few days later on a rainy Tuesday evening, I found myself in a local church hall sitting on the yoga mat Argos had delivered that morning, wearing the workout gear I had bought in my lunchbreak.  I was half hoping someone I know would turn up, half hoping they did not, in case I embarrassed myself. The room started to fill up.  It was mainly the yummy mummy crew from the school run, but the other participants were from a wide range of ages, mainly female but there were a couple of guys too.

Eventually Penelope the teacher arrived and starts handing out bottles of Budweiser (J2O for the non-drinkers). Someone in the back mumbles something about “Bud” not really being a beer!  Apparently, real ale snobs like yoga too!

I try to sit crossed legged on my mat as instructed while holding my bottle of beer in front of myself.  She said to focus on the bottle, but all I can focus on is that I kind of wish it was a bottle of red wine. Followed by how embarrassing and unladylike it would be if I were to break wind mid contortion!  Then as we are told to move into a position where our bums are in the air and we balance on one hand while we take a sip of beer, I feel the urge to giggle. I spend the next 10 minutes changing position while fighting down the urge to laugh, or worse!  Mainly it is successful although the odd titter escapes, but thankfully nothing else!  I manage to recover for a little while, conscious of the ache in my calves and how the woman in front of me is bent in a way that shouldn’t even be possible.

Then we are focusing on the now empty bottle, again and I have no idea what triggered it but the urge to laugh is back. I somehow manage not to, but I do wobble and less than gracefully land sideways on my mat.  Luckily for me the class is coming to a close so I just have to manage another few moments of sitting in as close as I can get to doing the Lotus position. This time the bottle is on the floor beside me so I don’t have to think about it, but I am now preoccupied by the ache in my bladder and wonder if the other ladies are feeling the same and if there is going to be an uncomfortable wait for the loos.

I like trying new things and while I’m not sure if beer yoga is for me they do say laughter is good for the soul and like exercise produces feel good endorphins too.  I maybe didn’t get what you’re supposed to out of the session but I left with a few aching muscles and it definitely made me laugh a little.

As we’re packing up I overhear one of the others saying she’s signed up for a goat yoga session at the city farm.  I ponder how that would work on the walk home, none of my theories are correct.  Once I’m settled in the lounge with a nice glass of red, I Google it and find a YouTube video.  I think straight away this could be more my style.  You try to do poses while baby goats jump on you (and try and nibble your clothes).  Eventually it seems to dissolve into people petting goats. That’s got to be relaxing –  Right?

Not sure that goat yoga is real? Or strangely drawn to the idea? You can see it in action in this video. 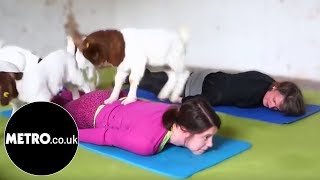 News, Updates, and Inspiration Direct to Your Inbox

Thank You! Please look out for the confirmation email.


"7 Key Steps To Escape The Rat Race": Download it now 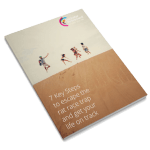 Thank You! Here's your downloadable guide

Make a start today! Download this free guide to escape the rat race trap and get your life on track.

GET IN TOUCH TODAY