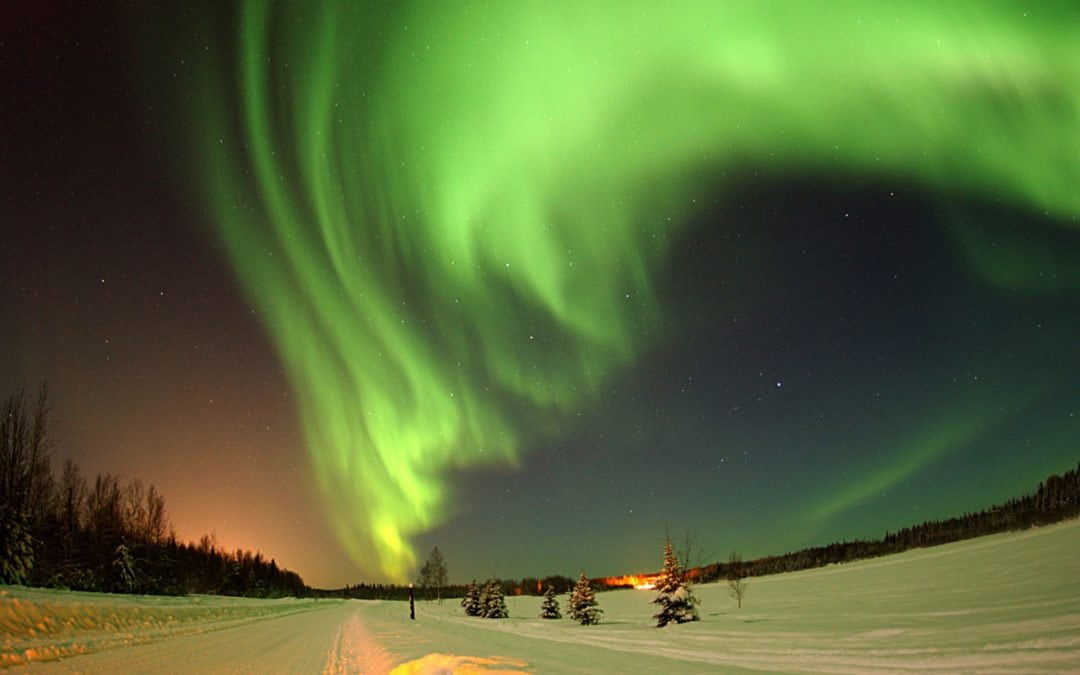 In December 2016, I ticked off another ‘big ticket’ item from my bucket list; a family trip to Northern Finland to witness the beauty of the Northern Lights.

This incredible experience occurred on a day of contrasting halves.  Life seems to be Ying and Yang, dishing out an unexpected low, to make sure that we pay attention and properly appreciate the soaring high points that eventually follow. Firstly, in the early hours of the morning on this day, my youngest son became seriously unwell and we needed to seek urgent medical attention. Thankfully as the paramedics arrived an hour later, he had bounced back from scarily feverish to being recovered. Sadly what followed these events was me dropping my smartphone into the W.C…. Brilliant Dom.

Life without a Lens

That evening, jaded but refusing to miss the opportunity, my eldest son and I, braced the minus 10 temperature (although it felt like minus 20) and joined the organised Aurora Borealis ‘spotting’ walking tour led by a local guide. Despite my efforts, I could not stop thinking about my broken phone and how should the lights appear – I would not be able to record them.

The Northern Lights are one of the worlds most beautiful and magical natural phenomena’s but they are unpredictable. You can invest significant time and money but you have no guarantees of seeing them which I suppose is what adds to the allure and mystique. 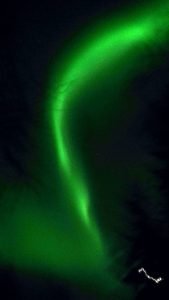 Another item ticked off the bucket list – The Northern Lights!

After a couple of hours we were now deeper into the Finnish Forest, away from any light pollution and there was still no sign. But as I walked through the fresh snow, I began to mellow and I pushed the thoughts of my broken phone out of my mind to focus on the celestial star show, framed by the snow brushed tree silhouettes. Northern Lights or no Northern Lights, the beautiful scenery paired with knowing that the forest was populated with Reindeer and even Wolves made it a night to remember. I stopped feeling sorry for myself and just began to take it all in.
This was living. This was what being in the moment was all about.

Then it got better.

Suddenly horizontal, laser beams of light appeared in the sky to the North, they were soon joined by eerie green vertical light structures from the West which twisted and turned. Then they were shining everywhere, bathing the forest and silhouetting the trees in a beautiful green hue with hints of white and pink.  There are truly no words to describe the exquisite scene which befell me. 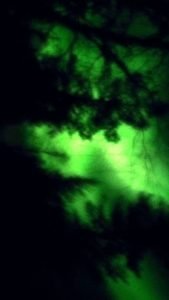 An Illuminating Experience Leading to a shift in Mindset

As I watched the lights that night, I also noticed another phenomena; a human one. As soon as the lights appeared, so did people’s mobile phones so they could take photos and videos. I reckon many people spent more time looking down at their phones than they did looking at the sky and I realised that this would also have been me. As people we can be so keen to record and share our lives on social media that we forget to live in the moment and actually experience life without a screen.

In that moment I vowed to remember to see things with my own eyes. I would no longer spend half my waking hours glanced down at my phone and no longer would I be a slave to every app notification which pops up.

But… We Got Our Photos After All

The ending to such a memorable day was made even better by the other visitor’s kindness as they offered to email me their own photographs and videos. Ultimately, I ended up having the best of both worlds, I saw the trip without any distraction but I was able to see and receive beautiful photos to record the event from others there. Living a life without a lens doesn’t mean you can’t record your memories. Just remember to put the phone or camera down and experience it with your own eyes too.

Live in the moment.