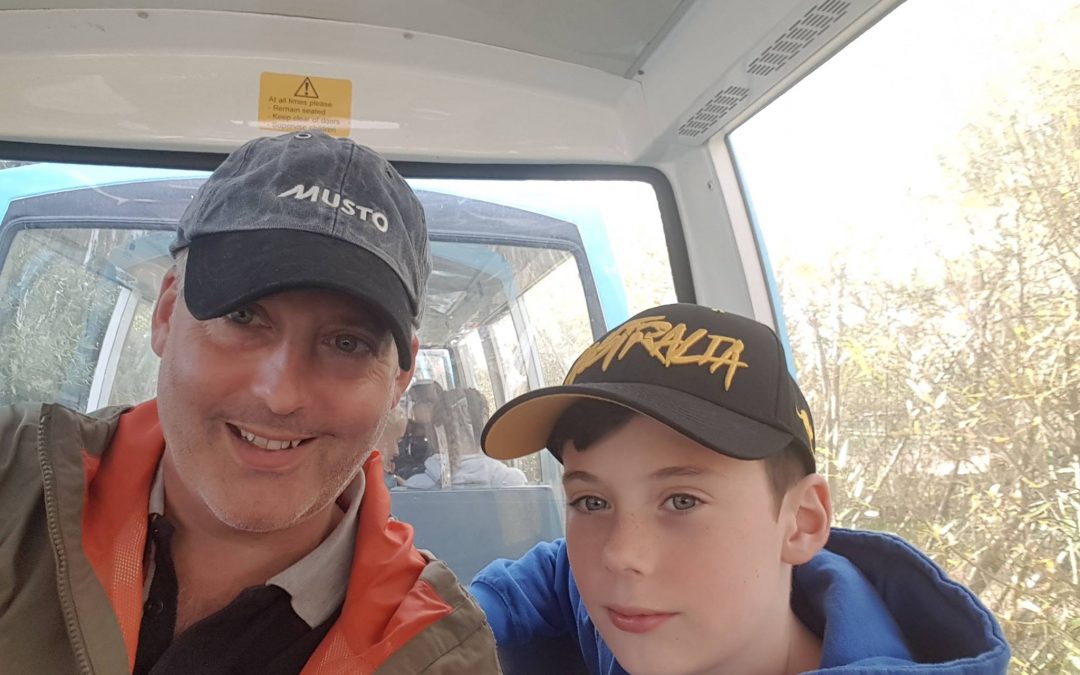 Have you ever taken the time to consider the legacy you are building? Over the years I have found that the best way to determine how happy and fulfilled a person feels, is to ask them to think about the legacy that they are creating.

In its most common usage, legacy is a legal term referring to money and other assets that will be gifted to a person’s heirs.  However arguably more important, but much more difficult to define or quantify is a person’s non-material legacy. It is the mark that they leave on the world, what difference they have made, their relationships and how they have influenced and made other people feel.  Personal legacy is not a metric that your financial advisor will have discussed with you!

Many of the games you play with your children or grandchildren are most likely learnt; your general style of play and your sense of humour, almost certainly replicate one, or a combination of both of your parents and form part of their legacy – and yours.  Children are often a person’s most obvious legacy, the biggest impact that they have on the world and the legacy that will persist the longest, generation after generation, but legacy can take many different forms.

Are you still using granny’s amazing apple pie recipe? Although she is long gone, her legacy is very much alive and well, making your house smell fantastic when you bake it and creating some special family moments and your own food culture legacy when you too share it with your own family unit.

A Rock Star Publishers Legacy & What It Teaches Us

Felix Dennis [1947 to 2014] was a larger than life character and very much a one off. I include him as an example of the importance of legacy and definitely NOT as a blueprint for how to live your life. His full life-story has been documented in various books and other sources is well worth adding to your reading bucket list, but here is a quick summary:

Very aptly, he started out with Rock Star aspirations, playing in a number of R&B bands, but his success and fame were destined to come from an entirely different field – publishing. His entry into the sector started with magazine distribution, which he quickly supplemented by writing his own material. Early achievements included the first ever review of Led Zeppelin’s debut album and a detailed biography of Bruce Lee, including very personal interviews with the great man’s family published just prior to Lee’s death. He quickly applied everything he had learnt to produce his own edgy magazines, frequently getting in trouble with the law with accusations of conspiracy to corrupt public morals. However it was his edginess and sense of timing of what was on trend in popular culture that made his publications stand out from the crowd. Through further organic creativity of new magazines and reinvestment of profits into the acquisition of established publications, he rapidly created a substantial portfolio of cash generating titles. Prior to his death, he remained sole owner of Dennis Publishing which possessed around 50 publications and websites including Auto Express, PC Pro and Viz.

I will leave it for you to decide whether Dennis was a nice man or not, but his legacy includes being credited as the first person to drop the C-bomb on live television and describing himself as “an amoral sod,” His best-selling book “How To Get Rich ” also revealed another dark legacy, the confession (or perhaps boast) of having spent over one hundred million dollars on crack cocaine and women. His was undeniably a classic hedonistic Rock Star life-style with the danger of the self-destruct button being pressed throughout. However during the latter parts of his life, there was a clear reflection on his legacy and a pressing desire for his success and his life to be more, to mean more. Following the success of his 2006 book, works of poetry followed and he took these on the road and became a successful live performer – albeit arriving at his live reading gigs in a helicopter just like the Rock Star that he was!  In 1995 Dennis planted his first wood, an act that seems to have provided him with a deep and lasting sense of fulfillment. Having discovered that the UK is one of the least forested countries in Europe (13% covered by forest, compared with an average of 37% across Europe) and with a high percentage of British woods being made up of non-native species, the desire to improve this situation quickly turned into a burning passion. Dennis had finally found real purpose and a way of building a significant legacy. By the time of his death the milestone of 1,000,000 native trees planted had been achieved, with five hundred million pounds of his financial legacy also bequeathed to maintain and expand the forest for the enjoyment of all for centuries to come. As a result, Felix Dennis will now go down in history as a hedonist with a heart, rather than solely for his association on various levels with the C-bomb word!

So what can we learn from Dennis’s Story?

The old adage that giving, rather than receiving gifts brings far greater pleasure is absolutely true.

As Felix Dennis illustrated, it is never too late to leave the past behind and to create a new legacy that you can be proud of.

Being mindful of the long-term consequences of the life-journey we are on, at as early a point as possible is likely to lead to greater fulfillment and satisfaction. Life is littered with the carcasses of “successful” Rock Stars and superficially “successful” people who fulfilled their solely self-serving dreams and found them to be ultimately hollow, unfulfilling and lonely places.

Ensuring that our life-plans build in sufficient thought to our legacy ensures a much greater chance of long-term happiness and satisfaction. I see this almost every day in my work as a business consultant. Having a genuine purpose beyond our own desires greatly increases our chance of success. For example if you are a business owner and genuinely care for the welfare of your staff customers and even your suppliers, then your business is much likely to succeed and create wealth in the long-terms than a ruthlessly hard-nosed, business person seeking to extract maximum short-term profit.

Maintaining an optimistic outlook and helping people in genuine need by going that extra-mile and doing so without expectation of reward or reciprocity, often leads to very happy unexpected consequences – I have included a couple of very personal and very powerful examples of this in my book; Sometimes people may take advantage of “givers”, but to my mind, the odd low is worth the soaring high points and experiences that will form part of your legacy and life journey and story, more than make up for this.  In the most part, if you smile, the world will smile back. And if you think and focus on doing things that will create a legacy that you are proud of, then you will be smiling a whole lot more!